Spotlight Musical Theatre Group was formed in late 1993 by an initial group of five, their aim being to produce two high quality shows each year, for the enjoyment of the people of Beccles and the surrounding areas.

In 1994, the first show was born, 'Gigi' and there began our commitment and promise for the future. Since those humble beginnings we have grown in strength and number and now have a strong membership of all ages. Spotlight is now firmly established in the Waveney Valley, attracting people from far and wide to come and support our two productions each year.

Following the 2018 Annual General Meeting, it was unanimously agreed that Spotlight will diversify by staging the occasional “Non-Musical Play”. Our constitution and rules have been amended as such. This opens up further opportunities for the Group to expand its choice of future productions, to fill a gap in the local area.

Spotlight production awards and nominations, in the National Operatic & Dramatic Association (NODA) Eastern Region, District 6, have been as follows:

2017 The Who’s ‘Quadrophenia’ - nominated for Best Musical and winner of the NODA Standing Ovation Award. Directed by Andy Osborne with co-musical direction by Brian Parker and Simon Howe.

2015 The Who's 'Tommy' - nominated for Best Musical and Best Technical award. Directed by Andy Osborne with co-musical direction by Cheryll Titchmarsh and Simon Howe.

2001 ‘Fiddler on the Roof’ - nominated and awarded Best Production. Directed by Tina Vanston with musical direction by Cheryll Titchmarsh.

Rehearsals are held on Tuesdays and Thursdays between 7.30pm and 10pm at the Quaker Hall in Beccles, and run for approximately 4-5 months for each show. The performances are presented at The Public Hall in Beccles and we hope to continue to do so for many years to come. To help strengthen our team and support the group financially, we often arrange social and fundraising events throughout the year, so why not come and join us. 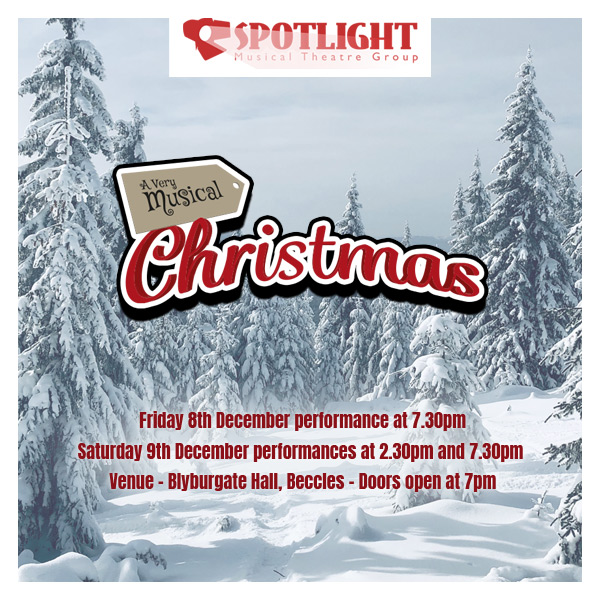